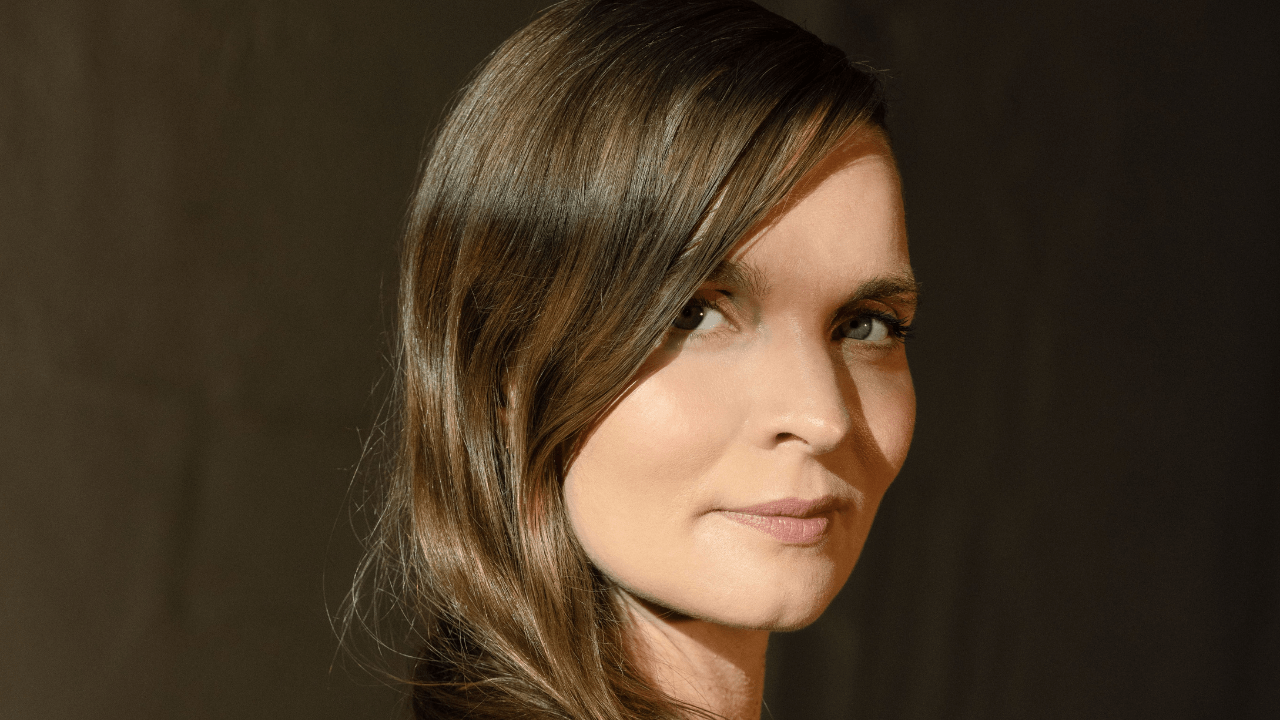 How do you feel having both these films out around the same time?
Yes, it is kind of unusual. It’s been fascinating for me, in particular, because both films have solid but very different takes on feminism and what that means, what that looks like, and what is acceptable. It’s been, it’s been fascinating to not only be a part of creating both of those films and narratives but also to be a part of the discussion that has, followed both films, and there’s an unusual amount of talk about both fi... 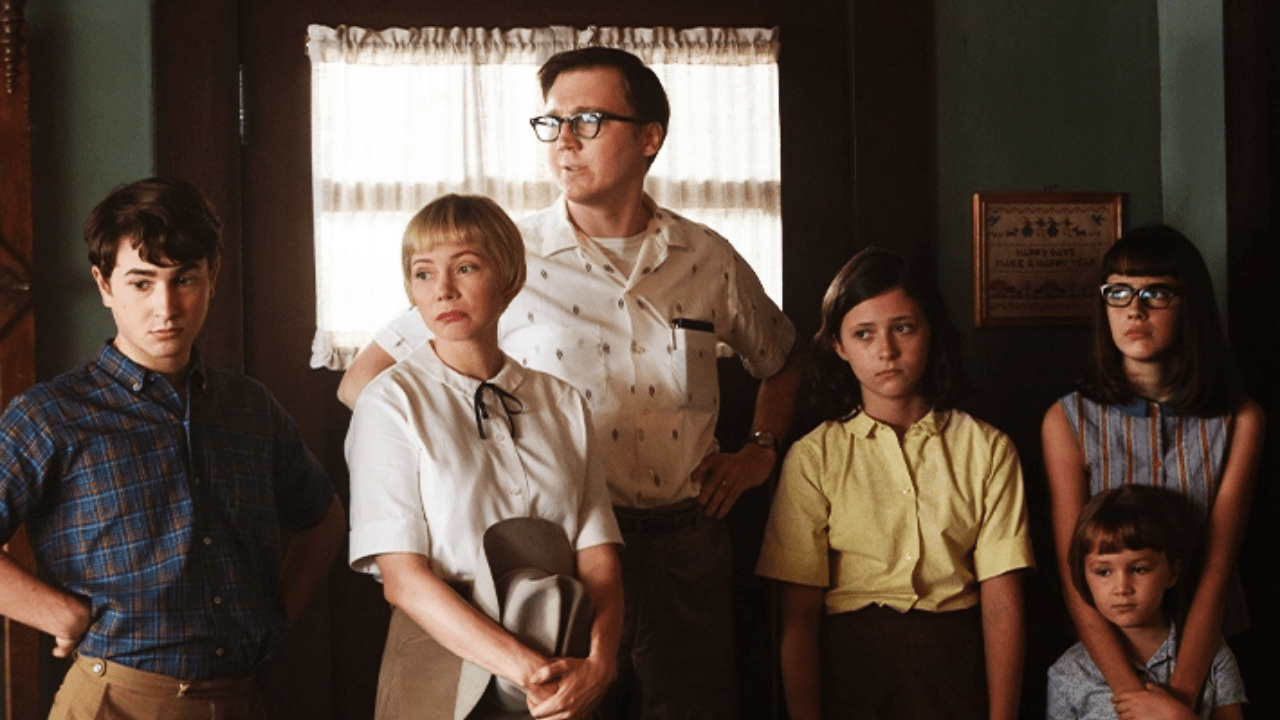 Chris Connor reviews Apple TV+’s Shrinking…
Ted Lasso has been quite the sensation for Apple TV+ with its first 2 seasons earning widespread acclaim. The latest from Ted Lasso’s Brett Goldstein, along with Jason Segel, is Shrinking, which sees Segel as Jimmy, a therapist struggling a year on from the death of his wife, as it spills into both his personal and professional life. He is distanced from his teenage daughter Alice (Lukita Maxwell) and irritating his boss Paul (Harrison Ford).
The ca... 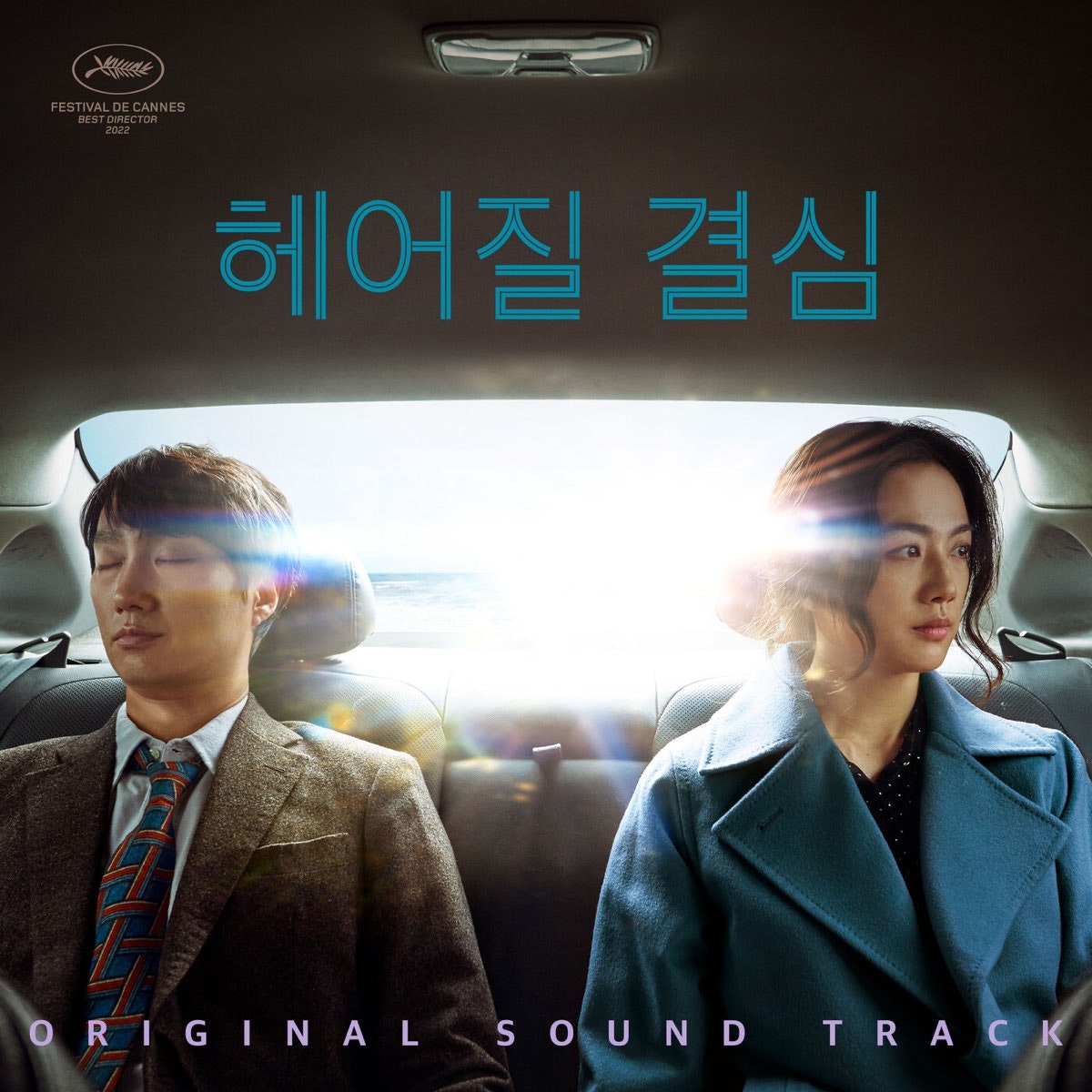 Composer Jo Yeong-wook has been a mainstay of the Korean Cinematic landscape for the past four decades, since scoring his debut film, 1997’s The Contact.
He is most associated for his collaborations with Director Park Chan-wook, in a pairing that stretches over 20 years from 2000’s JSA (Joint Security Area) to 2022’s Decision to Leave — one of the leading contenders in this year’s awards season. The pair have collaborated on some of Director Park’s best-known works including the acclaimed Ven... 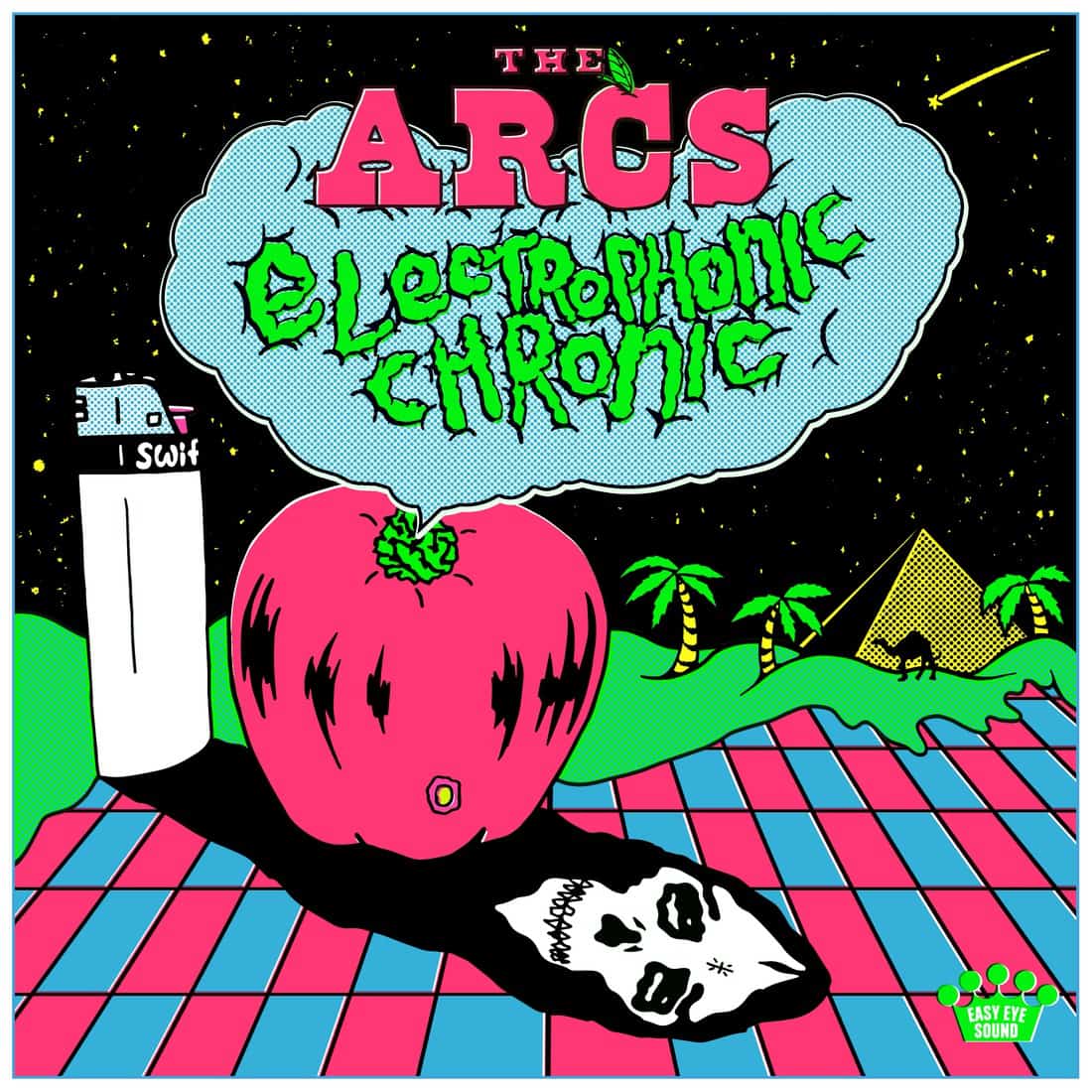 Dan Auerbach of The Black Keys has had a number of side projects from his main group, one of which is The Arcs, a more psychedelic-sounding outfit who released their debut album, ‘Yours Dreamily’, back in 2015. The group returns with their second record ‘Electrophonic Chronic’, another blend of genres showing Auerbach’s range of influences and willingness to experiment beyond The Black Keys’ more blues and garage-rock based sound.
‘Keep On Dreaming’ marries jazz and psychedelia to fine effect... 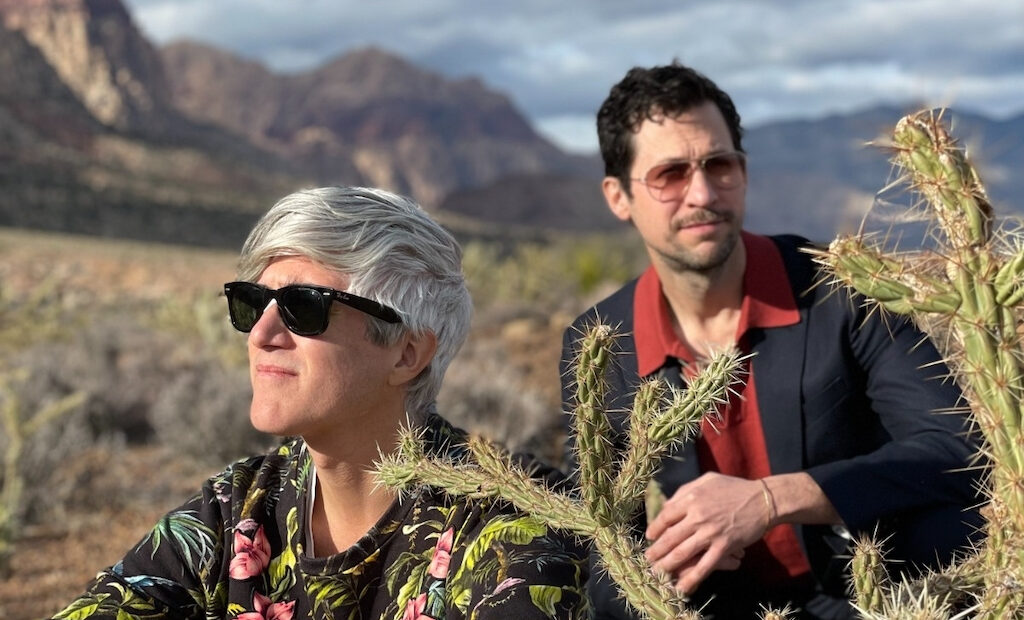 We Are Scientists – Lobes

We Are Scientists have been a mainstay of the indie landscape since their debut With Love and Squalor in 2005. The New York-based group, originally from California, return with latest record Lobes that sees them continue their fine discography and shift somewhat from their earlier post-punk sound. They’re in fine form, segueing into a more indie-disco vibe, but not losing quality in the transition. This has always been a band who put fun first and a smile on the faces of fans; that continues here and it’s sure to go down a treat. Boygenius - $20
Nearly five years since their last release, boygenius - Phoebe Bridgers, Lucy Dacus and Julien Baker - have continued to carve out their own independent successes, and one of three newly-released collaborations, ‘$20’, sees them at their most formidable yet. A wry assessment of middle-American life, ‘$20’ is a non-linear, exploratory track that allows each member to voice their contributions to the band, featuring hair-raising yelps from Phoebe, Julien’s interstitial harmonies... 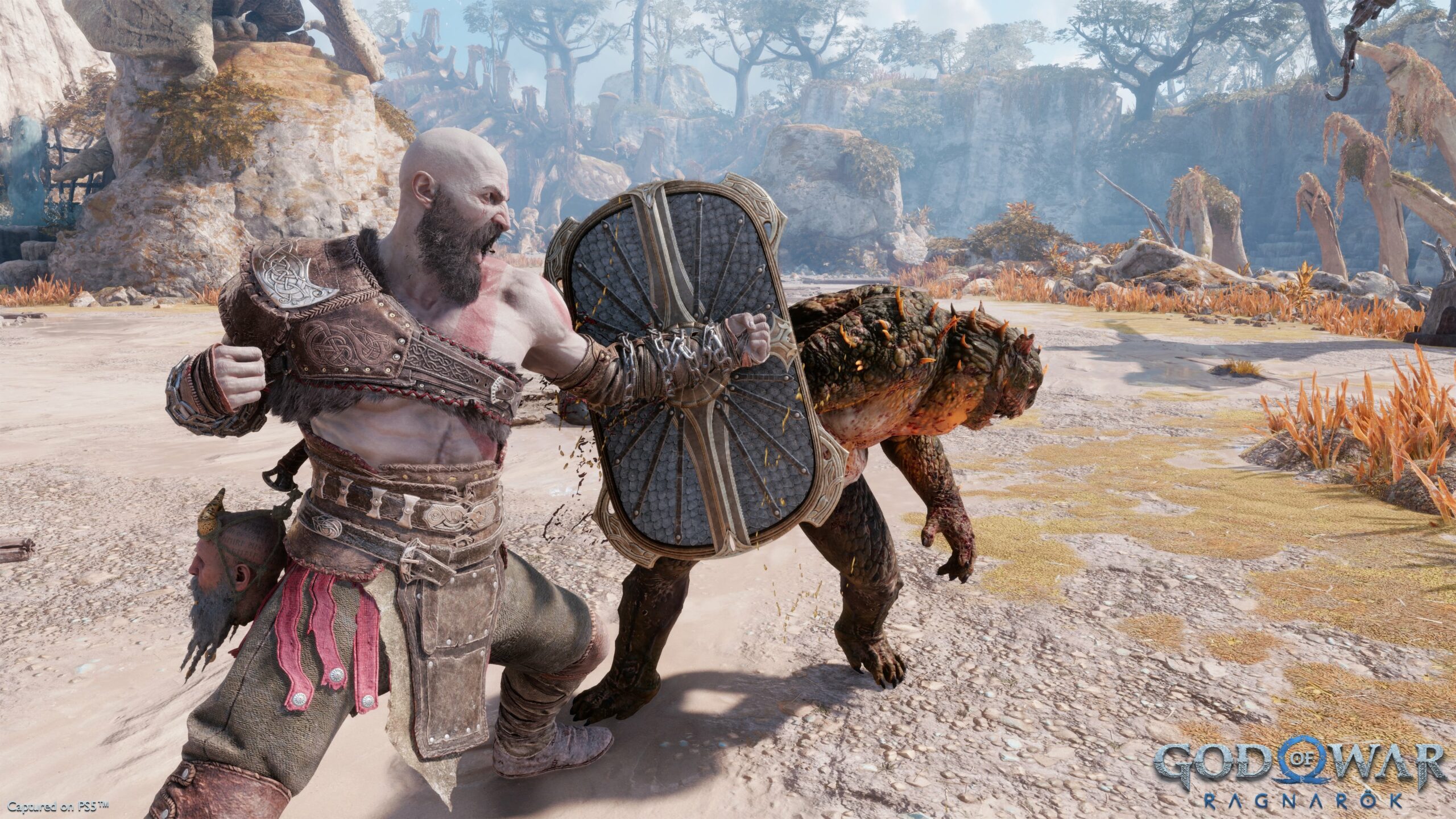 Has The Last of Us determined the future of video game adaptations?

The Last of Us has earned rave reviews since airing with many marking that it is one of if not the finest Video Game adaptation to date, following in the footsteps of mixed adaptations of the likes of Prince of Persia, Assassins Creed, Tomb Raider and Resident Evil.
The Last of Us follows Pedro Pascal and Bella Ramsey in the roles of Joel and Ellie, as they navigate a post-apocalyptic landscape.
The Last of Us Pt 1 released in 2013 and its 2020 sequel both from Naughty Dog have both earned in... 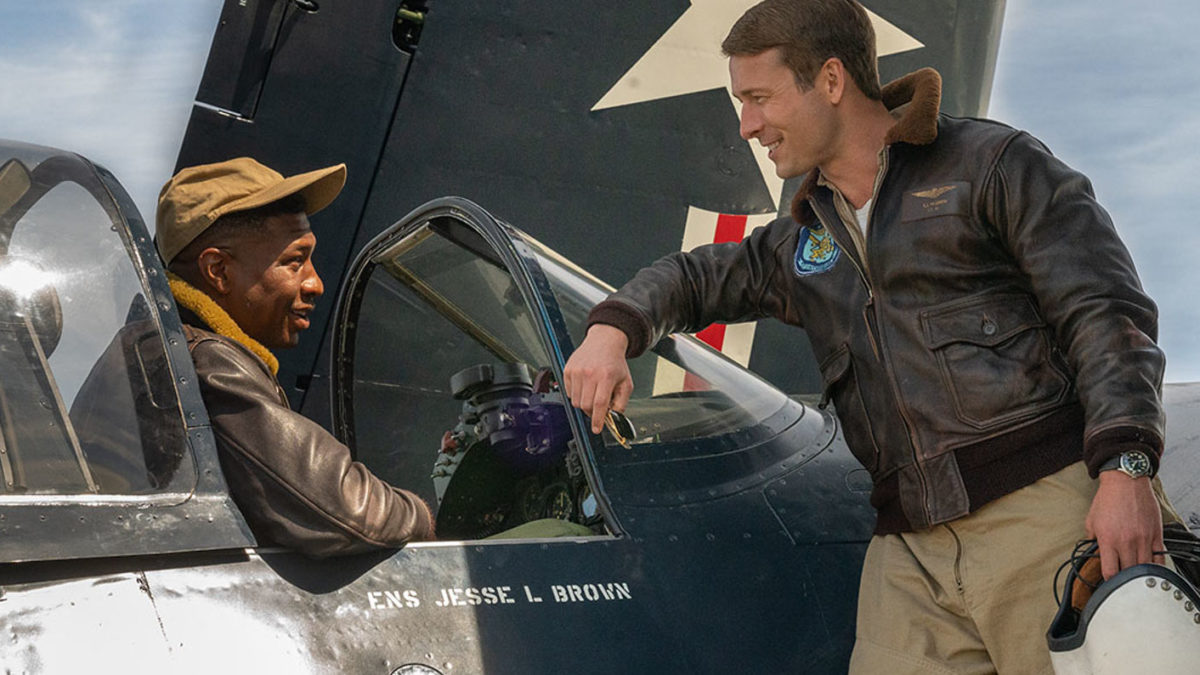 Director: JD Dillard
Cast: Jonathan Majors, Glen Powell, Christina Jackson, Thomas Sadoski, Joe Jonas
Release: 20th January 2023 (Prime Video)
Glen Powell was one of the breakout stars of 2022 with his memorable turn as Jake “Hangman” Seresin in Top Gun: Maverick. His latest film is another aviation-based vehicle, although this time in the shape of Devotion, telling the true story of Korean War pilots Jesse Brown and Tom Hudner with Powell in the role of Hudner and Majors as Brown, the first ... Dave Rowntree may be best known as the drummer for Blur but he has, in recent years, also been working on a range of scores for film and television like the BBC’s The Capture. Now, like bandmates Damon Albarn and Graham Coxon, Dave is embarking on a solo career. Debut ‘Radio Songs’ is titled for memories of building radio kits with his dad as a child and his love for all things static. Given the musical breadth of Blur and his bandmates’ associated projects, it’s not really surprising that th... Exclusive Interview – Everything Everywhere All At Once composers Son Lux

Chris Connor chats with BAFTA-nominated Everything Everywhere All At Once composers Son Lux…
Everything Everywhere All At Once, has been one of the breakout Box-Office and Critical successes of 2022, with the film appearing well placed as we continue moving through awards season. One of the key components of the success of the multiverse action-comedy has been the maximalist score from experimental group Son Lux.
The group’s members told us how they got involved in the film, reactions to the ... 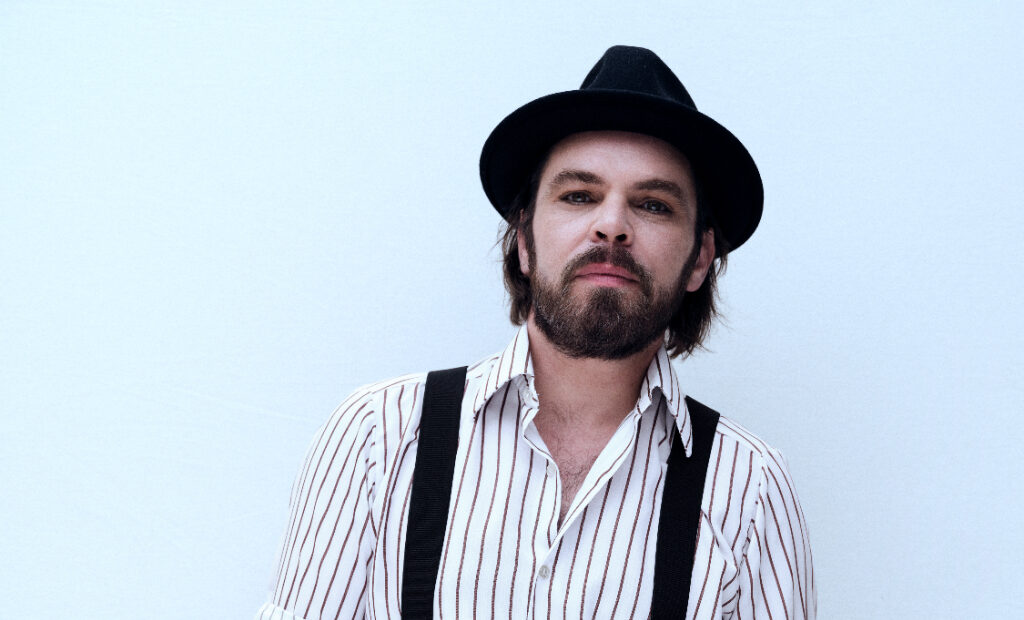 Gaz Coombes – Turn the Car Around

CultureMusicAlbum reviews
Supergrass were one of the largest British groups of the 1990s, responsible for hits like Alright and Caught by the Fuzz. Lead singer Gaz Coombes has released three acclaimed records since 2012, with his last, the superb World’s Strongest Man, coming in 2018. His solo work is a far cry from the Britpop-oriented sounds of Supergrass. Coombes returns with his latest solo endeavour, Turn the Car Around, further establishing him as a stellar musician in his own right, fo... 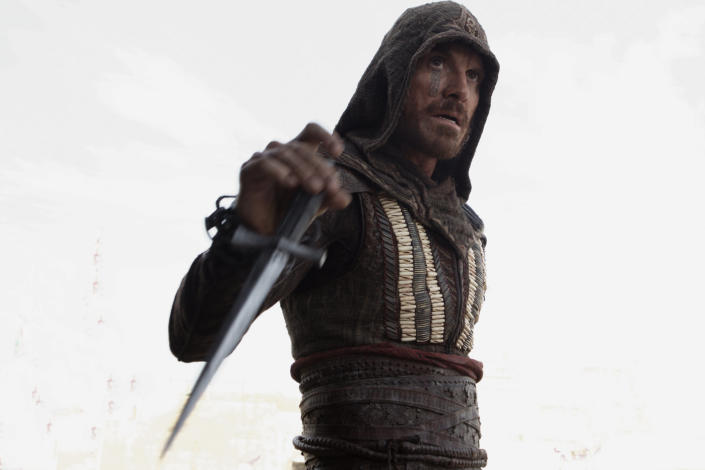 The best and worst video game to movie and TV adaptations

The highly anticipated HBO/Sky adaptation of Sony PlayStation's The Last of Us, starring Pedro Pascal and Bella Ramsey, has earned rave reviews ahead of its launch next week.

Adaptations of video games for the big screen and TV have a chequered history though. For every The Last Of Us, there are at least a dozen such as Doom, BloodRayne, or Alone In The Dark that failed to load with audiences or critics. Tár, 2022.
Written and Directed by Todd Field.
Starring Cate Blanchett, Nina Hoss, Noémie Merlant, Mark Strong, Julian Glover, Allan Corduner, Sophie Kauer.
SYNOPSIS:
Set in the international world of Western classical music, the film centers on Lydia Tár, widely considered one of the greatest living composer-conductors and the very first female director of a major German orchestra.
Since its premiere in Venice, Tár has earned some of the strongest reviews of any film on the awards and festiv...